In the so-called "archaic period" (before the Tlönian Empire circa 800 CE), there was a group of people whom have not been clearly identified, but are assumed to have been ancestors or relatives of the modern Chemeco People, who in the modern era live in the southwest Ardisphere (mostly Departamento Occidental). These people built a number of settlements, often with complex cliff dwellings, in the canyonlands in the Comala Region.

They also placed tumuli (burial mounds) that were semi-pyramidal in shape, frequently on cliff ledges near their dwellings.

A map showing the relevant path and structures at Comajadunda, with subsequent construction not shown.
In the canyon of the west-flowing Arroyo Santa Solana, just east of the modern international boundary, there was a small cliff-dwelling settlement (map). 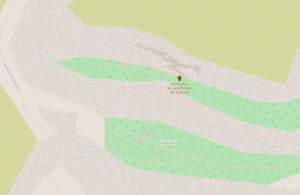 A map showing the relevant path and structures at Ípaquel, with subsequent construction not shown.
In the canyon of the Río Huracán, upriver from the Lago Agrio, there was a small cliff-dwelling settlement (map).

A map showing the relevant path and structures at Jarugaracu, with subsequent construction not shown.
In the very narrow canyon of the Río Salitre, there was a substantial cliff-dwelling settlement, which is unique among the the cliff-dwellings because they were on cliff faces on both sides of the river, which were connected by several rope bridges (map). 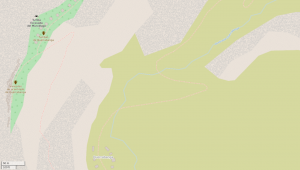 A map showing the relevant path and structures at Querrabanga, with subsequent construction not shown.
In the Comala canyon of the Río de los Cartógrafos, there was a fairly major settlement called by the Altazorians, later, "Querrabanga" - the original name is unknown (map).

When the Tlönians arrived 500 years later, the cliff dwellings were abandoned. The Tlönians looted the burial mounds but left them more or less intact, building their main settlement farther downstream. This settlement was later taken over by the Altazorians during the post-classical period (1200 CE), but the Altazorians also re-occupied and somewhat modified the cliff dwellings, and dug a peculiar, complex network of caverns in the cliff face behind the old burial mounds, where they placed the bodies of a rather large number of ceremonially executed individuals. Thus when the Castellanese arrived, the cliff dwellings at Querrabanga were active. 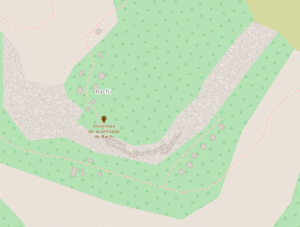 A map showing the relevant path and structures at Rachi, with subsequent construction not shown.
On the north side of the valley of the Arroyo San Castiel, within view of the spectacular, columnar Torre Celestial, there was a medium-sized cliff-dwelling settlement (map). 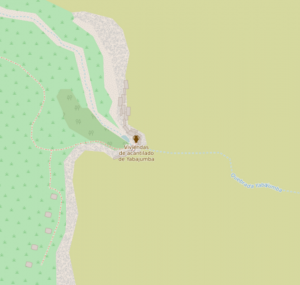 A map showing the relevant path and structures at Yabajumba, with subsequent construction not shown.
In the canyon of the Quebrada Yabajumba, a small tributary of the Quebrada Tocino, upriver from the Río Rocarroja, there was a medium-sized cliff-dwelling settlement that was built on both sides of a very high waterfall. Yabajumba is the only set of cliff-dwellings that are in fact currently inhabited (map).

This list is mostly to help me keep track of all the names I'm making up for this project, and their meanings, and making sure they're being used and translated consistently. So this is a list of all names being used in the project. I don't know how to combine nodes, ways and relations into a single data set yet, so these are separate tables for nodes, ways and relations.

Tlájaden was a Quelepian warrior princess who later became consort to the Tlönian Emperor, Pohöñe, and eventually became the reigning dowager Empress for the Empire at its height, making her hometown of Quelepa into a kind of "summer capital" for the Empire.

Tlájaden is a semi-legendary figure, and after her death she was deified and became associated with the rainbow cult and represented the "trickster" archetype in later stories.

Pohöñe is more of a tragic figure, having betrayed his first wife, Tlodolla, because of his love for Tlájaden. Tlodolla attempted to overthrow her husband but was defeated by Tlájaden. Later she murdered her former husband, but was unable to remove her rival from the throne. Tlodolla is associated with impotence and fruitless vengeance. 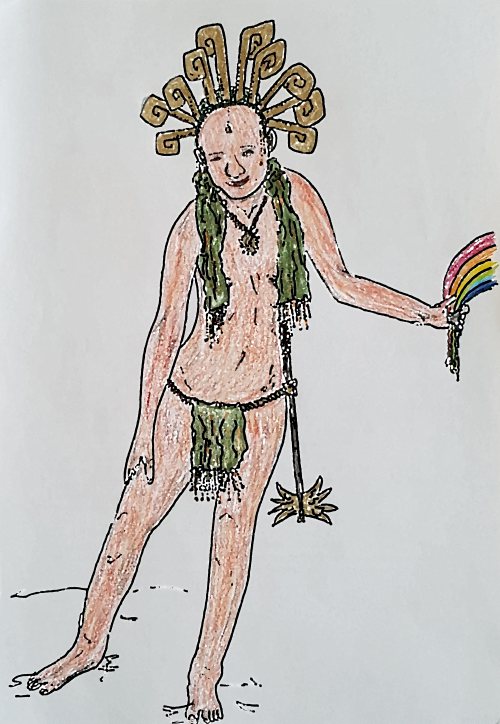 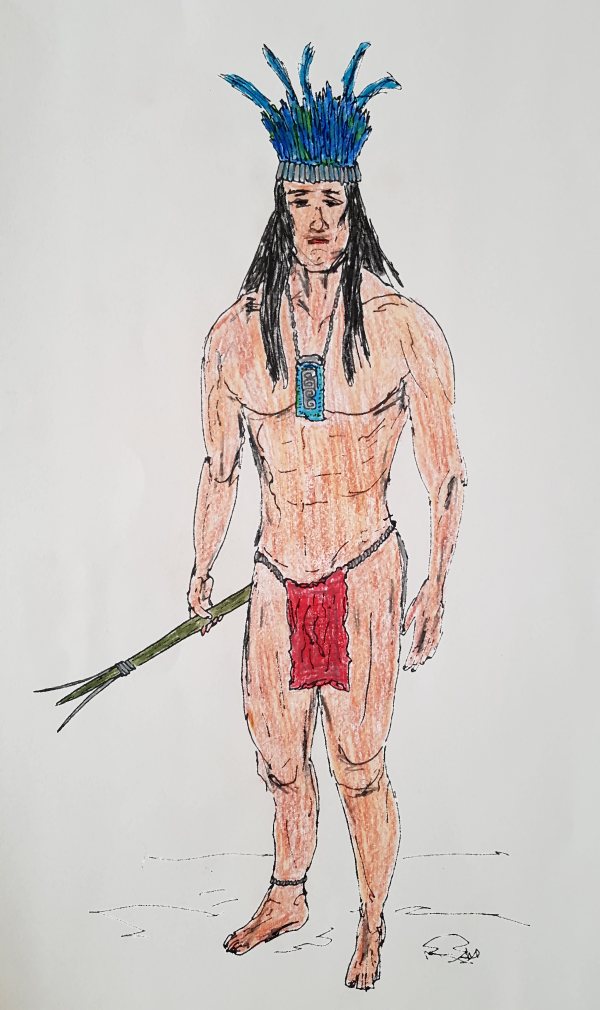