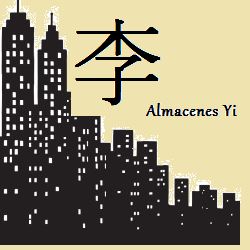 Almacenes Yi is the largest high-end department store marque in the Ardisphere. With over thirty locations nationally as well as many international locations, after 150 years of continuous operation, the chain dominates the domestic full-service department store market. It is a wholly-owned subsidiary of the Yi Family's Yi Group holding company, which also controls other retail operations, such as Martímart.

There are 12 stores in the Villa Constitución, DF, metropolitan area, forming the heart of their service region. The flagship store and corporate headquarters, in the Plaza Setenta-y-Nueve (map) fashion district, is a veritable tourist attraction in itself, and the company-owned Torre Yi (map) over their store downtown (just two blocks south of the Central train station) is the third-tallest building in the city's skyline and a major landmark as well.

Table removed - to be replaced by dynamic ExternalData table in the future.