Difference between revisions of "Bancodón" 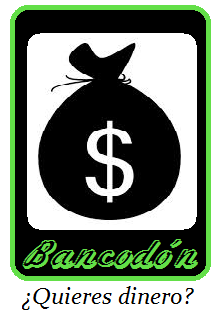 Bancodón (formally, Banco Primero Nacional) is the largest banking and financial services company in the Ardisphere and one of the principal major banks in the world. With headquarters in the heart of the country's financial district (Calle Paredes Oeste No. 500, Barrio Paredes) in Villa Constitución, DF, and hundreds of branches throughout the country and internationally, the company is the number one provider in the Ardisphere of both retail and corporate banking services.

The Bancodón radio, television and internet advertising campaigns of the 1990s and 2000s were so successful that the signature pronunciation of the bank's name in its tagline by two voices - one masculine for the "Banco-" and one feminine for "-dón" - was adopted by Ardispherian youth culture, reinterpreting the "-dón" suffix as meaning something akin to "extremely talented" or "good at something." Thus you have the famous DJ "DJ-dón", the cartoon character Changodón (chango means "monkey"), and widespread appearances of the suffix in conversation in everything from the arts to gang slang.

Rather than aggressively pursue for-profit uses of their tagline as copyright violations, the bank wisely opted to view it as free advertising, and has even encouraged it with subsequent advertising campaigns.